Several hundred firefighters intervened Monday, April 15 and Tuesday, April 16 to extinguish the fire that ravaged Notre-Dame Cathedral in Paris. According to the Notre-Dame spokesperson, the fire broke out at 6:50 pm and caught in the attic of the cathedral. Around 7.50 pm, the 93m high spire of the Cathedral, one of the symbols of Paris, collapsed. In a few hours, a good part of the roof of the building was reduced to ashes. "Two-thirds of the roof of Notre-Dame have been destroyed," said General Jean-Claude Gallet, commander of the Brigade of firefighters in Paris. 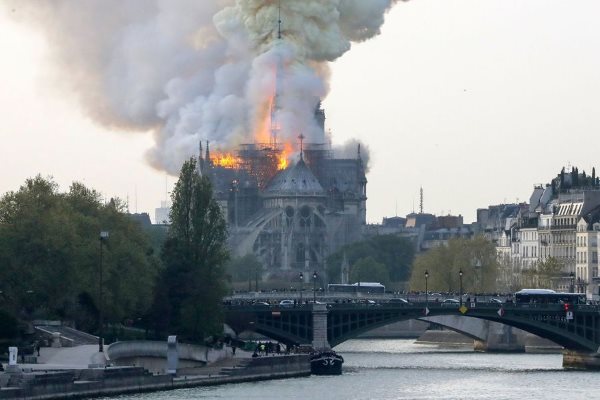 "The two belfries, sheltering the bells, have been saved," said Lieutenant-Colonel Gabriel Plus, relieved. "Imagine: the belfries frame weakened, the bells collapsing, it was really our fear! " The bourdon bell is in the south tower. It is ringing for major Catholic holidays, and at major events. It was melted more than 300 years ago and christened Emmanuel by his godfather Louis XIV. It weighs 13 tons and its shutter, tapping against the bell to produce the sound, is 500 kg. 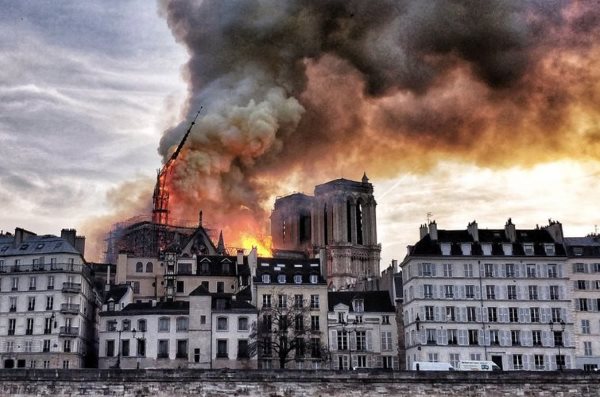 "All the works of art in the" treasure "part were saved, Gabriel Plus also said. On Tuesday morning, the commander of the fire brigade, said that "all works categorized priority by the safeguard plan" had been put in safe place. Two relics so dear to Catholics have been put out of danger: the tunic of Saint Louis and the Crown of Thorns, placed on the head of Jesus. It consists of a ring of rushes gathered in bundles and held by gold threads, a diameter of 21 centimeters, on which were the spines. They were transferred to Paris City Hall. A few stained glass windows have been destroyed. The rose windows are still there, although blackened. They do not seem to have suffered catastrophic damage. The three rose windows were built in the 13th century, then renovated several times. The north and south rose windows, are 13 meters in diameter. There represent prophets, saints, angels, kings, scenes of the life of saints in medallions. The three rose windows present respectively in their center the Virgin, the Child Jesus and the Christ in majesty. 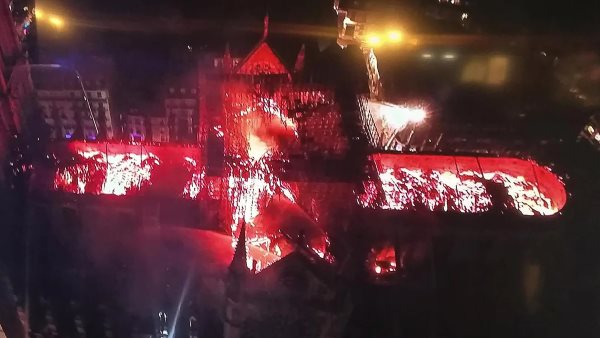 During the fire, young catholics packed the near-by streets, including Place Saint-Michel, and improvised prayers. 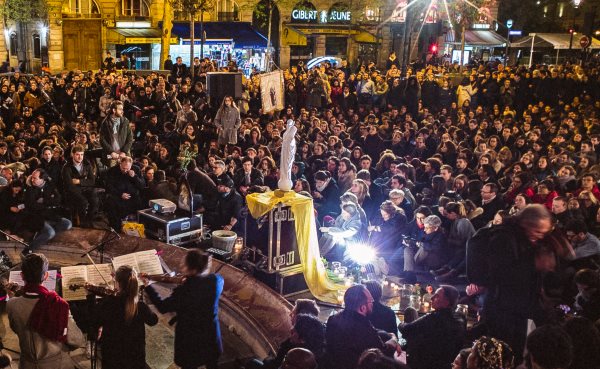 The President of the Republic, Emmanuel Macron, who has postponed a crucial speech due on Monday, announced on the spot the launch of a national subscription. "We will rebuild the cathedral" he said.
The Paris public prosecutor’s office opened a preliminary investigation, entrusted to the regional directorate of the judicial police, for involuntary destruction by fire.

In the night, the Pinault family announced to release 100 million euros through its investment company Artemis to participate in the effort that will be necessary for the complete reconstruction of Notre-Dame.
A few hours later, the Arnault family and the LVMH group promised a donation of 200 million euros. L’Oréal’s heiress family, the Bettencourt-Meyers, announced a donation of the same amount, including 100 million euros through the Bettencourt Schueller Foundation. Total, the oil conglomerate, for its part, committed to give 100 million euros. In total, the donations of companies and French fortunes exceeded Tuesday afternoon the 600 million euros. Financial mobilization far exceeds the borders of France. In the United States, the French Heritage Society, which is dedicated to the preservation of French architectural treasures, has launched a web page to raise funds. You can help. 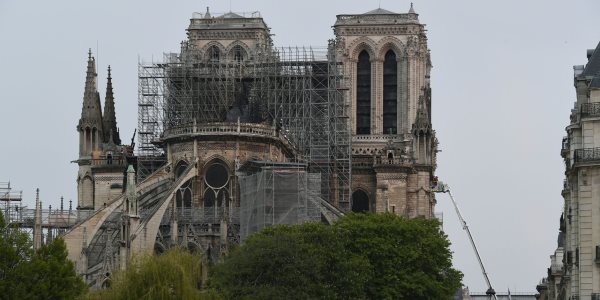