Sometimes called the Holy Chapel of reinforced concrete, Notre Dame du Raincy was designed in 1922 by famous architect Auguste Perret. Its stainglasses by Maurice Denis are spectacular. Notre Dame du Raincy is open everyday from 9am to 7pm and is easily reachable from Paris by RER E, station Le Raincy Villemomble Montfermeil, 10’ walk to Notre Dame. Locate Notre Dame du Raincy on the map. Discover the top Churches in Paris. 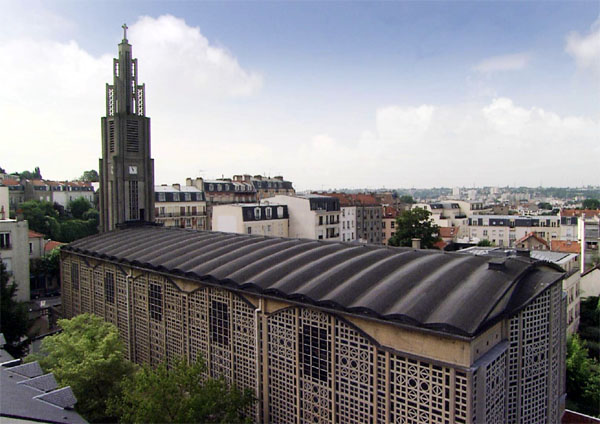 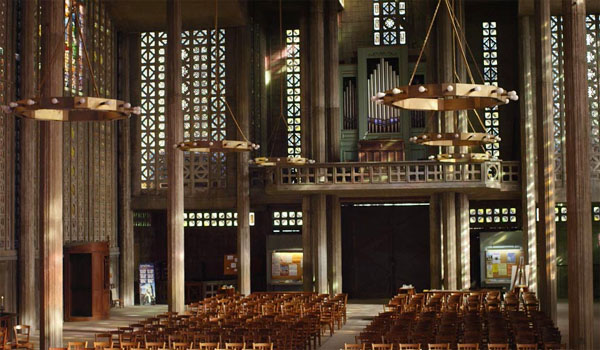 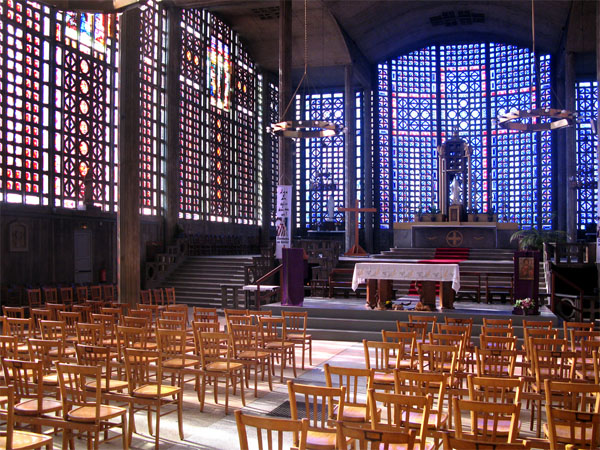 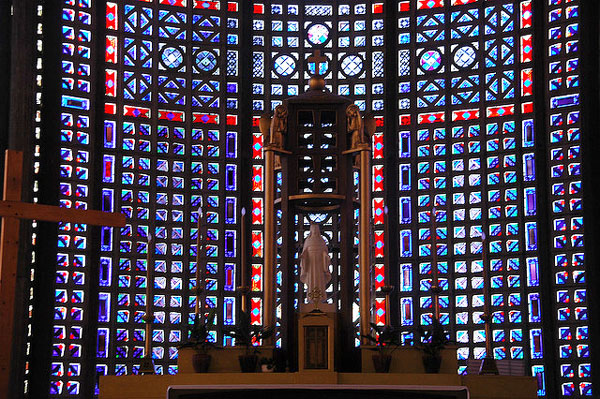 Notre Dame du Raincy, also known as the Holy Chapel of Concrete, is the first religious edifice made out of this material until then reserved for industrial construction. In 1922, Canon Negre, the priest of Le Raincy consulted the famous architect Auguste Perret to build a church. He had only 300,000 francs at that time and the most advantageous quote that was presented to him amounted to 1,800,000 francs. Perret took up the challenge. Money imposed the material to be used: he opted for concrete, which according to him, was adapted to all schools of thought, even the most daring. It was up to the architect to make a beautiful creation, to highlight the material. And so Auguste Perret built the church in Le Raincy. The concrete church reaches up to the bell-tower that dominates the 45 meters-high facade. Columns of concrete of decreasing size and framing the stained glass windows fit perfectly into each other in the manner of a telescopic antenna. The facades built in a concrete filigree allow daylight to filter through. The church construction lasted from April 1922 to June 1923 and the work was carried out by one of the architect’s brothers, the building-contractor Gustave Perret.