Until July 23rd, the Musée Jacquemart-André, one of the hidden treasures of Paris, is staging an exhibition dedicated to Mary Cassatt, considered during her lifetime as the greatest American artist, the only American painter and one of the few women to have exhibited her work with the Impressionists in Paris.

Mary Cassatt was born in 1843 in Allegheny, Pennsylvania, in a very affluent family with French origins. His father was a wealthy banker and his mother was fluent in French. During her youth, she traveled frequently in Europe with her family who settled in Paris in 1851, then in Germany from 1853 to 1855. On this occasion, Mary Cassatt learned French and German. She then returned to Pennsylvania where she took courses at the Pennsylvania Academy of Fine Arts from 1861 to 1865. At the end of the Civil War in 1866, she returned to Paris and took courses in the workshop of Jean-Léon Gérôme, painter and sculptor of the French academic and orientalist currents. During the Franco-Prussian War of 1870-1871, she joined Pennsylvania then returned to Europe, traveled to Italy and Spain, then settled permanently in Paris in 1873 with her mother and sister Lydia. She already had at this time a number of paintings influenced by Manet. 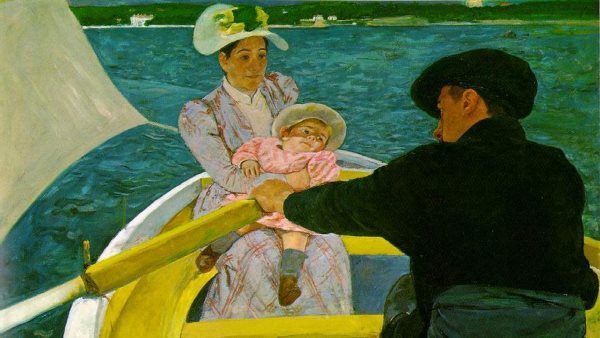 Mary Cassatt exhibited at the official and academic salons of 1872 and 1874, but was refused in the salons of 1875 and 1877. She then moved closer to the impressionist movement, especially under the influence of Degas. Edgar Degas was seduced by the ease of this distinguished young woman from the American upper class which he painted as model. As for Mary Cassatt, she drew inspiration from Degas’ artistic ideas and participated, on his advice, in the 4th, 5th, 6th and 8th Impressionist exhibitions. 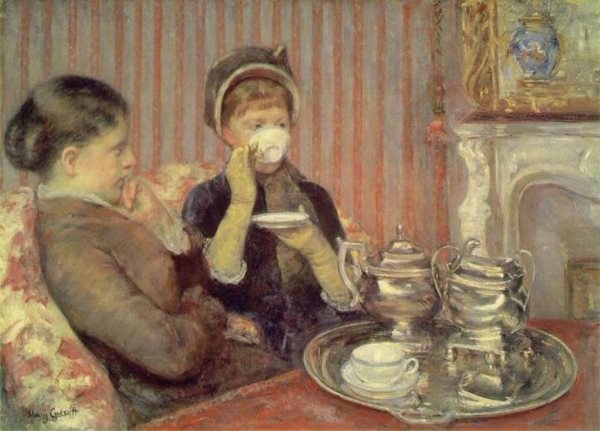 It was under the influence of Mary Cassatt and John Singer Sargent, another American painter, that Impressionism spreads in the United States. In 1886 the art dealer Paul Durand-Ruel organized in New York City a great impressionist exhibition that imposed this artistic current in North America. The great American collector Henry Osborne Havemeyer bought many Impressionist works, no doubt under the impetus of his wife Louisine Elder, the childhood friend of Mary Cassatt. In 1891, Mary Cassatt had her first personal exhibition at Durand-Ruel in Paris. In 1894, she acquired the Château de Beaufresne at Mesnil-Théribus near Paris. Until 1912, Mary Cassatt continued to travel. 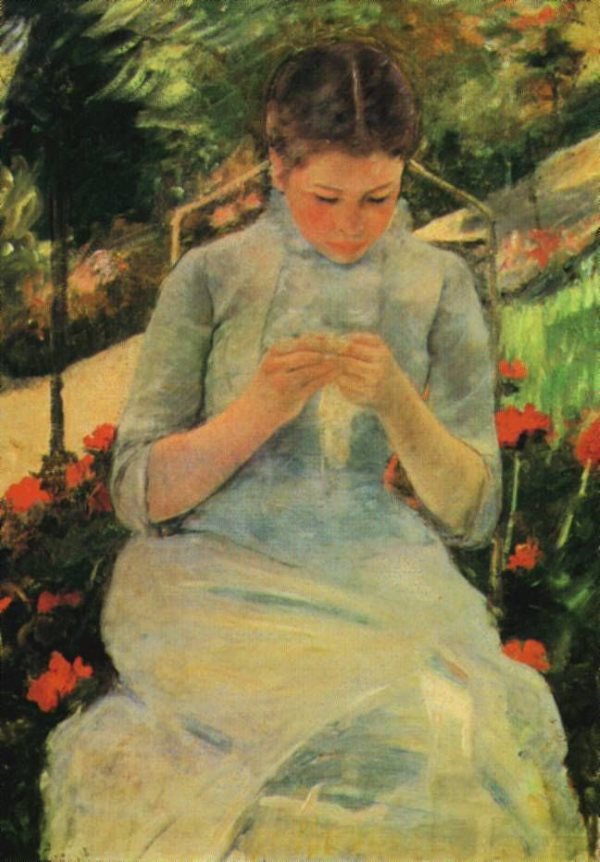 From 1914, she became progressively blind and had to give up painting. She died in 1926 in Mesnil-Théribus where she is buried. In her youth, Mary Cassatt was influenced by Manet’s work. When she met Degas and occasionally became her model, she was inspired by his artistic conceptions. Mary Cassatt’s work includes many interior scenes, portraits of her relatives, especially her sister Lydia, as well as portaits of children or the mothers with child. 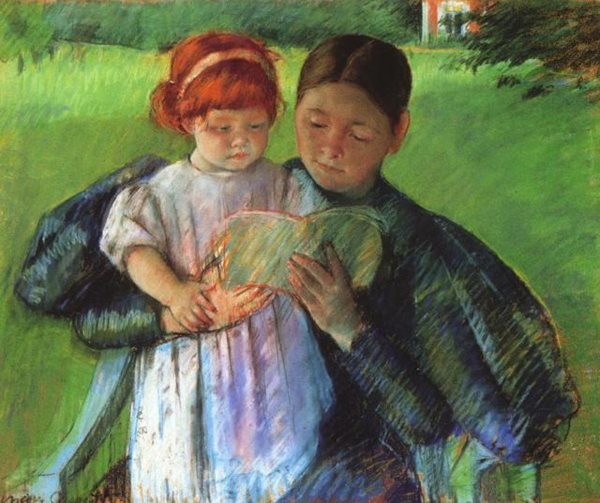 In the 1880s, she was influenced, like many other painters, by Japanese prints. She imitated in some paintings the style of these prints, privileging drawing. The main theme of his work, from the 90s was maternity. The portraits of women and children represent the bulk of her production, with models like his sister Lydia or Susan, a cousin of his housekeeper. Mary Cassatt was a remarkable colorist whose talent appeared from the first canvases inspired by Manet until the last paintings with her own very personal style. 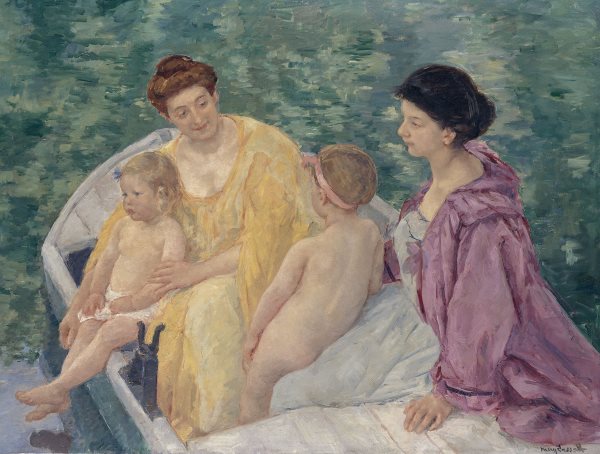 There are very few Mary Cassatt works in Paris. The Orsay Museum, Petit Palais and Impressionist museum in Giverny have some. This exhibition is paying tribute to the only woman with Berthe Morizot in the impressionist movement and the most famous American impressionist painter. Detailed information on exhibition.