Hôtel-Dieu of the Hospices de Beaune


The Hôtel- Dieu of the Hospices de Beaune, a must see, is located in the city of Beaune in Burgundy. With its Gothic facades, glazed roofs, lined with geometric figures with flamboyant colors, it is a must see. It was created in 1443 by Nicolas Rolin, Chancellor of the Duke of Burgundy and his wife Guigone de Salins. Preserved in an exceptional state of conservation, this monument is a rare testimony of the civil architecture of the Middle Ages. Its rooms bring together a vast collection of objects, furniture and tapestries of this time. A stay in Burgundy is not conceivable without a visit whose culmination will be the polyptych of the Last Judgment by Rogier van der Weyden, a unique masterpiece. 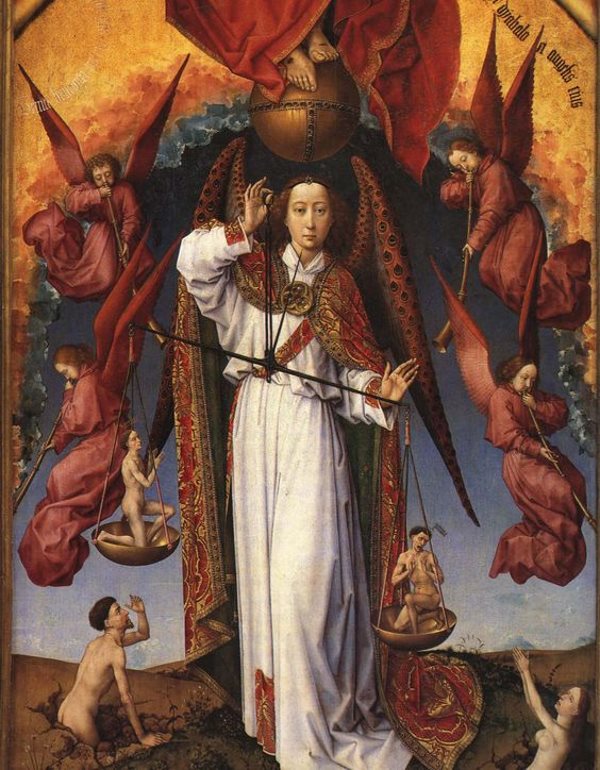 August 4, 1443 is born the Hôtel-Dieu. The Hundred Years War is not over yet, Beaune suffers from misery and famine, the "écorcheurs" (flayers) plunder and ruin the countryside. Three quarters of the inhabitants of the city are destitute and the majority of Beaune inhabitants are declared destitute. To buy their salvation, Nicolas Rolin, Chancellor of the Duke of Burgundy Philippe le Bon, and his wife, Guigone de Salins, then decide to create a hospital for the poor. They endow it with an annual rent thanks to salines, and own resources, thanks to the vine. On January 1, 1452, the hospital welcomed his first patient. From then until the twentieth century, the sisters of the Hospices de Beaune will take care of many patients in several large rooms. The Hôtel-Dieu quickly gained a great reputation among the poor, but also with the nobles and bourgeois. Through their donations, these have allowed to enlarge and embellish the hospital by creating new rooms and the contribution of works of art. Thus the Hôtel-Dieu has become a real "Palace for the Poor". His medical duties were transferred in 1971 to a modern hospital, with the exception of a retirement home. 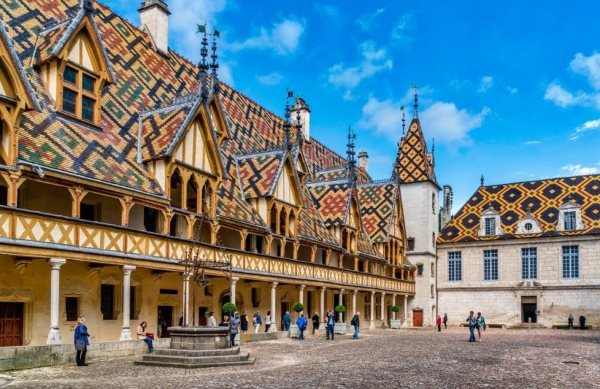 The Hôtel-Dieu covers today an important area of ​the city of Beaune with its museum, its three courtyards, its outbuildings, its Bastion of the XVth century and its hundreds of meters of cellars preserving, in particular, the special reserve of wine of Hospices. The wines of the Hospices are some of the best Burgundy wines and are auctionned every year in Beaune. The four buildings open to the public, surrounding the Court of Honor, represent the configuration of the Hôtel-Dieu of yesterday. This architectural setting contains a collection of some 5,000 objects, the most famous of which is the Polyptych of the Last Judgment by Rogier van der Weyden. From the very beginning, Nicolas Rolin had provided the establishment with furniture, tapestries and other objects, of which one can get a precise idea thanks to a detailed inventory of 1501. These objects have three distinct origins: the foundation itself , the necessities of the operation of a hospital and donations and legacies of benefactors or patients who have stayed there. Since 1988, the General Inventory of Burgundy has carried out an exhaustive study and has brought to light some 2,500 pieces of furniture and 2,500 objects. Furniture, paintings, and tapestries are regularly the subject of a restoration program. A must see for a burgundy wine tours from Paris. 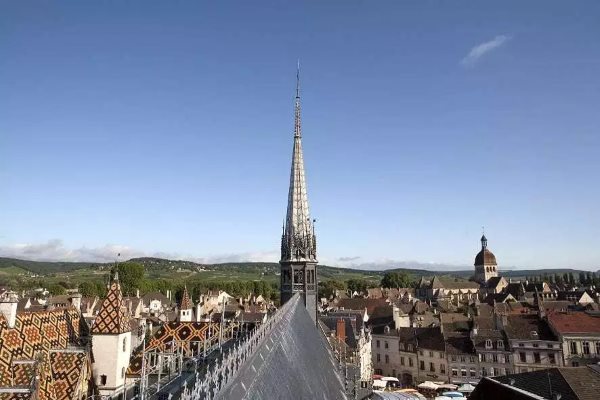