75 years after D-Day landing in 1944, Normandy is attracting a growing number of visitors related to memory tourism. 94 Normandy beaches D-Day sites attract almost 5 million visitors a year, compared to only 3 million in 1995, a sign of a boom in the region. The first museums were created four or five years after the war. First by Norman collectors who recovered everywhere what the soldiers had left, then were born city museums. As early as 1947, a law promoted the preservation of D-Day memory. Seventy years later, in 2017, Normandy’s memory tourism attracted 4.67 million visitors, of whom 49% were foreigners, representing 31% of the region’s tourist activity. In France, memory sites attract around 20 million visitors each year, according to the government. Among the foreigners visiting the Normandy D-Day sites, in 2017, 20% were British, 15% Dutch, 14% American, 11% German, 10% Belgian. There is a progression of the Germans. At each major anniversary, attendance is peaking: 5.92 million for the 70th anniversary, 5.5 million for the 65th, 5.84 million for the 60th. In 1995, attendance was only 2.9 million people. The most frequented site is the Colleville-sur-Mer American Cemetery: 1 to 2 million visitors come each year to gather among the 9,300 white crosses overlooking the eight kilometers Omaha Beach sandy beach. Then come the German cemetery of La Cambe (450,000 visitors in 2017) and the memorial of Caen (371,752). Pointe du Hoc is also a moving sight. 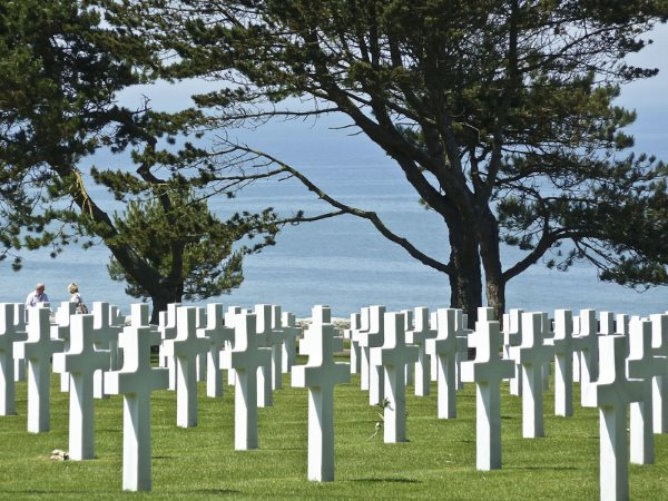 Among the events, the jumps of hundreds of parachutists in the Channel, in tribute to the Americans dropped on Sainte-Mère-Église in the night of June 5 to 6, 1944, regularly attract tens of thousands of people. 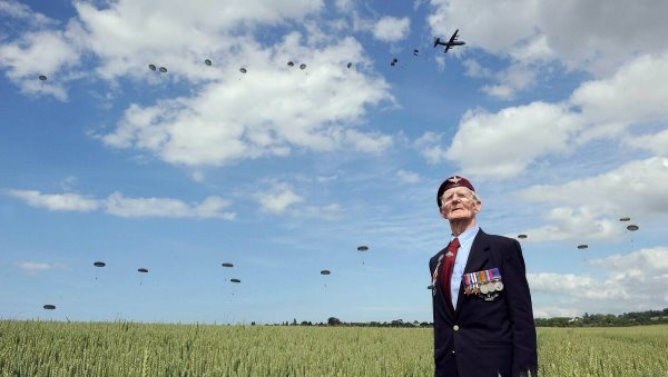 And the garage sales of military objects attract around the 6th of June thousands of people of different nationalities in this department. Interest in the D-Day dropped in the 1960s and 1970s, but the organization of major international commemorative ceremonies from 1984 accelerated the phenomenon. The 75th anniversary of D-Day landing on June 6th 2019 is going to be no exception with all rooms in Normandy booked long in advance.Paris to Normandy bus tours. 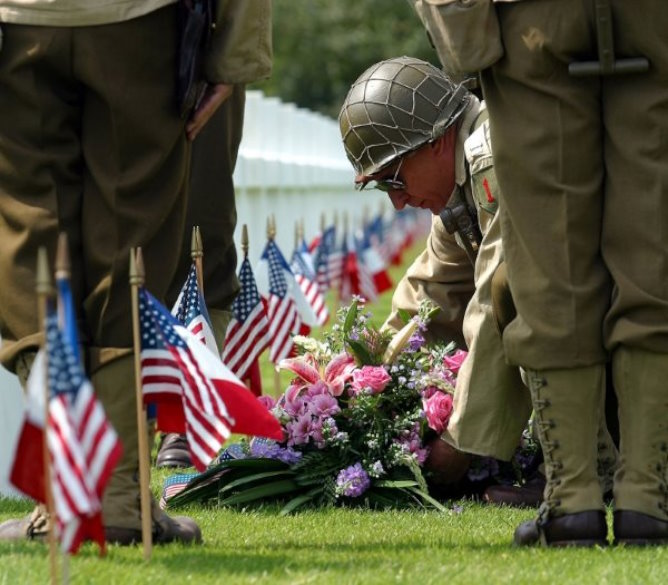