Chambord Castle in the Loire Valley


Located 2 hours from Paris, Chambord is the most famous Loire Valley Castle. Locate Chambord on Loire Valley map. The mere mention of Chambord has something to put in motion your imagination. Unique, majestic, impressive. We lack the adjectives to describe this castle which has no equivalent. Going to Chambord is before anything enter a vast area: 5440 hectares, the area of ​​Paris, surrounded by a wall of 32 km. You have to go deep into a vast forest to suddenly see the imposing castle in front of you. With its fairy architecture, Chambord is magic.

François I was only twenty when he was crowned King of France on January 25, 1515. Very quickly, he became a powerful king, thanks to his victory of Marignan in Italy in September of the same year. In 1516, he decided to build a castle to his glory. Francois I grew up near Amboise in the Loire Valley and decided to build the castle in the region. Chambord in the heart of a forest satisfied his passion for hunting. The construction of Chambord began in 1519 and was finished only in 1685, under Sun King, Francois I did not see his castle completed but he himself claimed that "if we were concerned about the completion of things, we will never undertake anything." Francois I was very involved in the construction of Chambord, but he stayed there only very rarely, only a few dozen days in his reign. The King lived in Fontainebleau, which was at the time two days’ journey from Chambord. 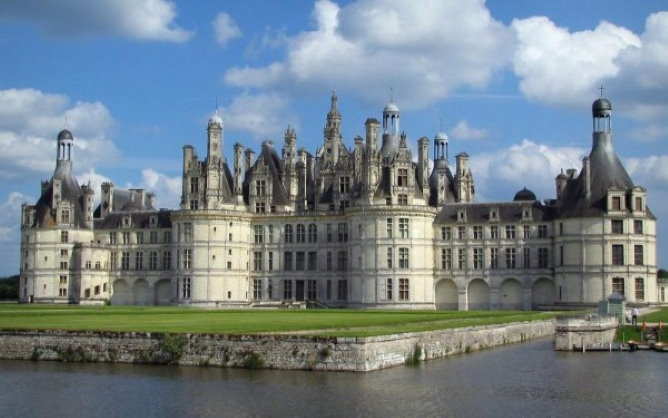 François I wanted a castle with French and Italian influences. In Chambord, we find the architecture of the castles of the Middle Ages: a central square building with a dungeon and four massive corner towers. Inside, the castle is unique and responds to a fascinating geometry in the shape of a Greek cross, like many Italian churches of the time.
At the heart of Chambord is the famous double-revolution staircase, consisting of two stairs that never cross, although turning in the same direction. With no less than 426 rooms, 77 staircases and 282 fireplaces, the Castle is monumental. Beyond its architecture, Chambord surprises with its decorations. In particular on the second floor with the 80 caissons carved with the symbols of the King: the monogram "F" of Francois I; his emblem, the Salamander.

At the top of the castle, Chambord gives its visitor a last surprise: a large terrace running around the castle, with a view on the many chimneys and the gardens. The archives of Chambord having almost all disappeared, many questions exist on the identity of its architect. It could be the work of Leonardo da Vinci, invited to France by Francois I in 1516. Da Vinci died in Amboise in 1519, a few months before the start of the construction of Chambord. Many of the innovations used in Chambord, such as the double-revolution staircase, the double-pit latrine, the ventilation ducts are included in the Master’s notebooks. It is therefore likely that he intervened in the design of the castle. 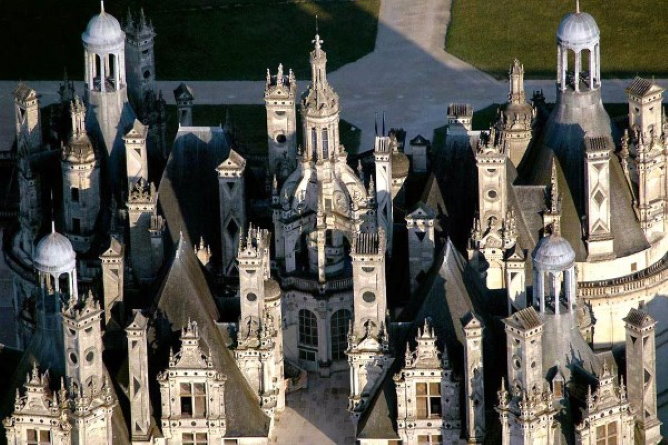 50 meters from the Castle, the recently opened Relais de Chambord is the renovation and extension of the Hotel Saint-Michel, a modest hotel which was in operation since the 19th century. The Relais de Chambord is the only hotel in the Chambord domain. It offers 55 rooms and suites spread over 3 floors, half of which offer a superb view of the castle designed by King François I. A must do for a week-end close to Paris. Famous places in France. 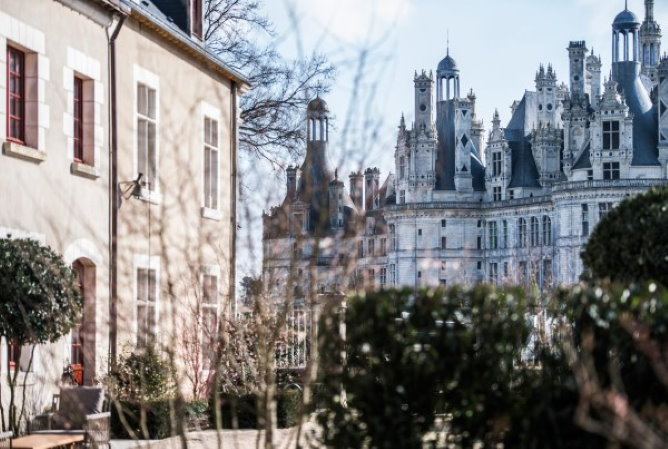 Previous Paris News: Beaugrenelle Shopping Mall in Paris
Next Paris News: The City of Lights: The Top Tips for Visiting Paris On a Budget