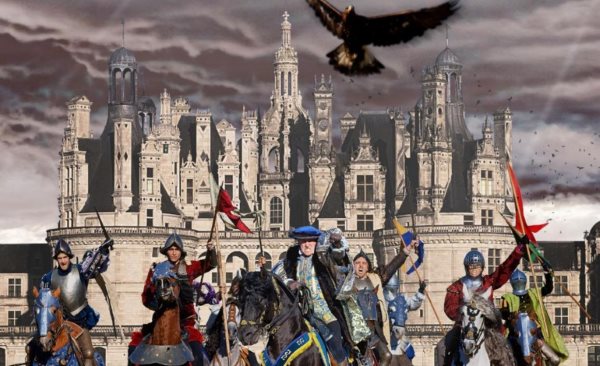 In an equestrian strolling, they will cross the estate on 3 itineraries of 9 to 13 kilometres punctuated by thematic activities. Chambord will have a yesteryear ambiance with presentation of side saddle riders, traditional driving, hunting, shoeing, work horses. Exhibitions of old equestrian illustrations and sculptures will also be accessible on foot and on horseback. In front of the castle, the Squires’ festival will show the French horse riding with the prestigious scenes with the Cadre Noir de Saumur and the Republican Guard of Paris. Presentation of traditional horse riding by ambassador riders of the equestrian art. 20 000 people are expected and among them 500 riders and drivers will be costumed. Web site in French. 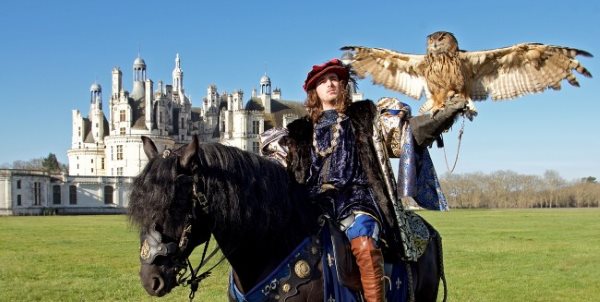 Built in a rather desolate plain and surrounded by hunting forests, Chambord is a prestigious château, that was hardly ever inhabited. Commissioned by King François Ier in 1519, it was in construction until the death of the king to end only under King Henri II. Francois Ier was at first impatient, but lost interest rather quickly. Towards the end of the reign, he came very little to Chambord. Perhaps he found the castle old fashioned. The principal masons engaged for the realization of the chateau are Jacques Sourdeau, one of the builders of Blois, Pierre Trinqueau, who seems to have preserved until his death, in 1538, the direction of the work, and Jacques Coqueau. Several drawings of the building were established before the start of construction. A wooden model was executed by Dominique de Cortone and it is thought that Leonardo da Vinci, during the last years of his life spent in the Loire Valley, intervened in the development of Chambord’s plans. Chambord today is the most famous Chateau de la Loire.