« The Café des Musées was very popular in the 90s. We took it back with my family in 2016, with the mission to straighten it. After receiving many good reviews, the restaurant’s level eventually had dropped, especially after the departure of Japanese chef Daisuke Kikuchi. We brought him back in 2017. Daisuke Kikuchi was born near Tokio and has been cooking in France for ten years. After having worked in Café des Musées, he left in 2011 to improve with top restaurants such as Atelier Robuchon. The brigade as a whole is Japanese. Our ambition is to serve really good traditional cuisine, such as Boeuf Bourguignon, in a friendly environment. Here, we do not revisit. We serve authentic Limousine or Charolais beef. We are supplied by several butchers, but also live breeders, often organic. We worked hard on sourcing, focusing on local small producers. Most of our vegetables come from a market gardener near Paris. 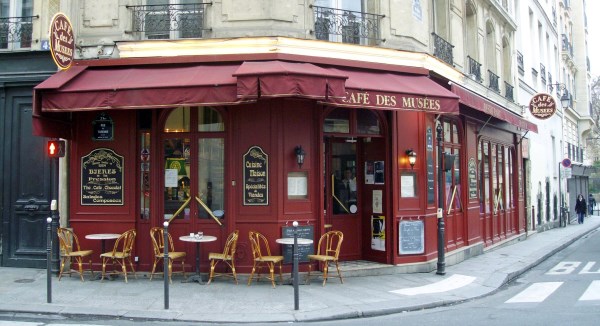 Our recipe for Boeuf Bourguignon :We start by cooking the chuck in red wine (10 liters for 5 kg of meat) for 5 to 6 hours until the latter reduces by half. The meat is then marinated during 24 hours with carrots, onions and garlic. Then we color separately the meat and vegetables in the pan, before cooking all between 5 and 7 hours. Celery, peppercorns, cloves and tomato paste are added to reduce the acidity of the wine. Mushrooms, bacon and carrots are cooked separately. Then all is annealed in a Staub casserole, warmed up minute, served. We serve it with mashed potatoes as this is the recipe learned by our chef at Robuchon. Creamy puree goes perfectly with our sauce. The perfect wine match is a red Burgundy. We serve a dozen Boeuf Bourguignon a day. This is our flagship dish. Customers give us a lot of compliments. We will also try to leave Boeuf Bourguignon to the map even the summer. Our clientele is 60 to 65% of French, half of Parisians, with many regulars, personalities of the neighborhood. Among our foreign customers, Americans and Japanese are the most numerous. » 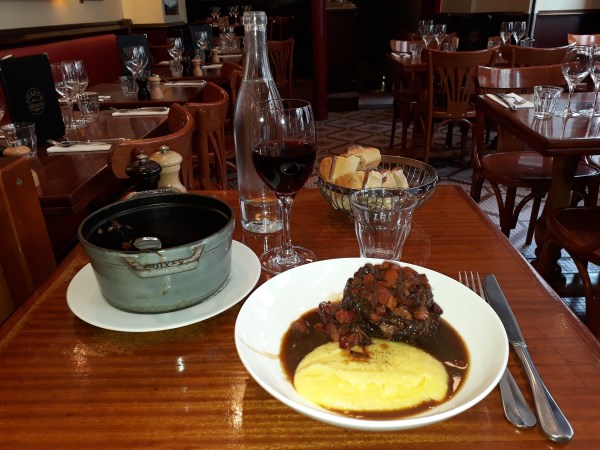 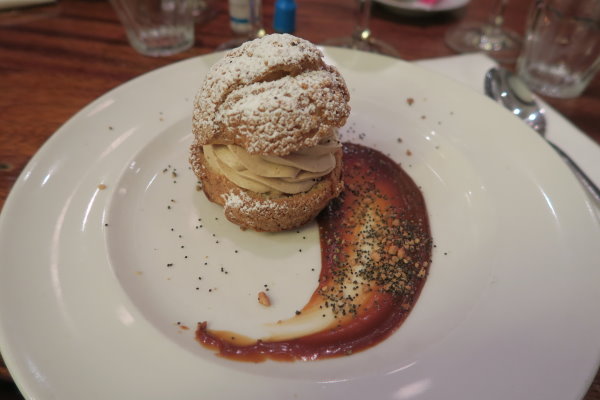 Desserts are quite tastefull too at Café des Musées. Home made and fresh of the day, they nicely complement the Boeuf Bourguignon. Add to it a tasty bottle of Syrah wine from the Rhone Valley. Food in Paris. 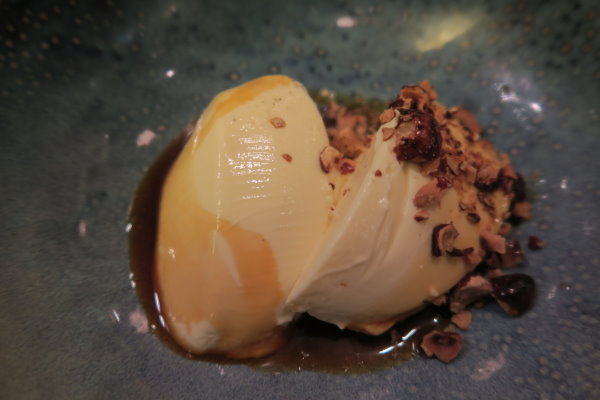