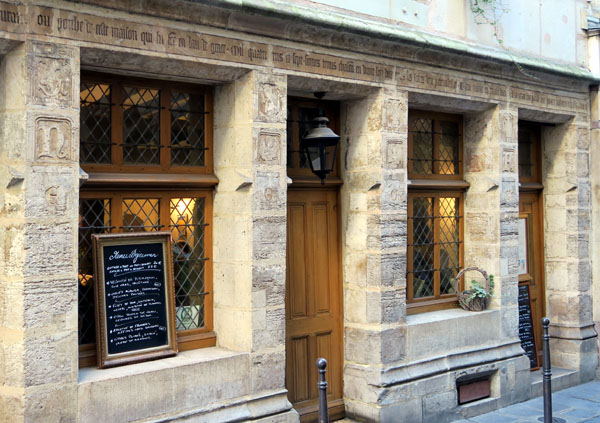 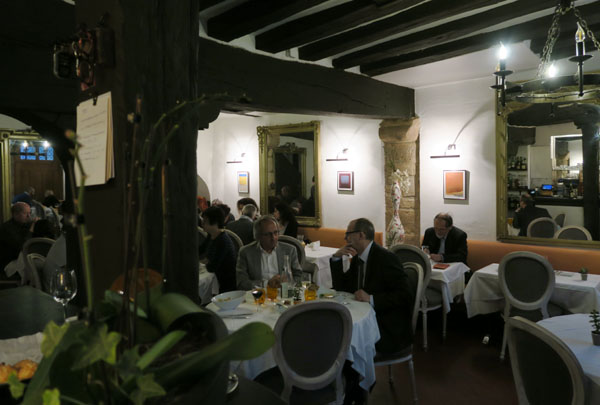 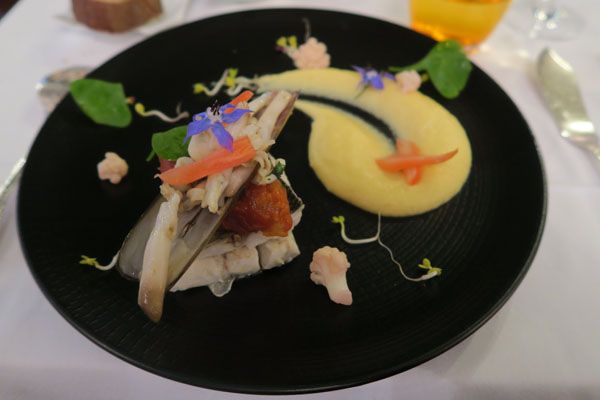 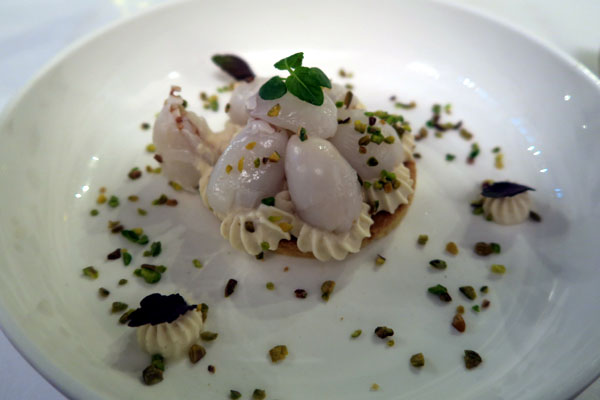 Nicolas Flamel lived in Paris in the fourteenth and fifteenth century and his life is one of the best documented in the history of medieval alchemy. He ran two shops as a scribe and married Pernelle in 1368. She brought the wealth of two previous husbands to the marriage. The French Catholic couple owned several properties, and contributed financially to churches, sometimes by commissioning sculptures. Later in life they were noted for their wealth and philanthropy. Flamel lived into his 80s, and in 1410 designed his own tombstone, which was carved with the images of Christ, St. Peter, and St. Paul. The tombstone is preserved at the Musée de Cluny in Paris. Records show that Flamel died in 1418. He was buried in Paris at the end of the nave of the former Church of Saint-Jacques-de-la-Boucherie. His will, dated 22 November 1416, indicates that he was generous but that he did not have the extraordinary wealth of later alchemical legend. There is no indication that the real Flamel of history was involved in alchemy, pharmacy or medicine.